Buddha and the Quantum 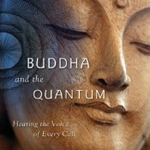 Buddha and the Quantum: Hearing the Voice of Every Cell

Buddha and the Quantum is also unique in that it shows why we think there is a world independent of consciousness. The concept of material substance is explained in terms of the same structure of consciousness that explains quantum mechanics and relativity theory.

Kalapa is a Buddhist term for a subtle sensation: a point of consciousness in the body. Barely noticeable most of the time, it fills awareness during meditation. It is the voice of a cell. This book shows that it is also the quantum. Quanta arranged in space-time – photons – are visual consciousness: the experience of cells in the retina. This explains why modern physics has had so much difficulty understanding light. Light is not in space; space is in light.

Buddha and the Quantum describes how experience in the physical world is built not from objective reality, but from experience within. Avery’s brilliant model of consciousness makes difficult and subtle ideas understandable, with surprising implications.

Buddha and the Quantum (sample)
Listen to an excerpt

Samuel Avery (AUTHOR & NARRATOR) holds a BA in Religion from Oberlin College and an MA from University of Kentucky. He has taught university courses in American History, European History, and American Government. He has practiced meditation daily for forty-three years.  Samuel has written a series of articles and books on the relationship of physics and consciousness to each other, including the books Transcendence of the Western Mind and The Dimensional Structure of Consciousness.


WHAT OTHERS HAVE TO SAY:

“While reading Buddha and the Quantum, there was a sublime moment when I thought I understood the entire universe—that insight dissolved the moment I tried to verbalize it.”
—David Harrington, founder and director, Kronos Quartet

“One of the leading areas of philosophical discussion these days is the question of consciousness—what it is and its relationship to brain activity. Because Western science has been at a loss to answer these fundamental questions, there has been a growing interest in what experience and spiritual teachings, particular Buddhism, have to say on this issue. The leading edge of these discussions is focusing on the notion that the fundamental nature of the cosmos is not matter but mind. The idea is not new, it has been the cornerstone of many metaphysical teachings, and proposed by some eminent physicists, e.g., Schroedinger. In the past this has been a fringe idea for the scientific community—and is still far from mainstream—but today more and more people are seriously investigating this possibility. I believe that this interest will continue to grow as people realize that the idea answers many of the hard questions about consciousness, without undermining the discoveries of Western science. Sam Avery’s work on these issues explains a crucial aspect of this exploration—namely how the dimensional structure of our experienced world arises in consciousness. His work is unique, and deserves to be more widely known.”
—Peter Russell, author of From Science to God, and other titles